Bicycles have been a big part of our society for a while now; almost everyone in the first world has learned to ride a bike at some point. We all remember our first lessons from when we were kids, and of course, our first awesome wipeout.

These are our own personal biking milestones of course, but those two-wheeled devices (that are often both our favourite tool and worst torture device, depending on how well we can steer) have been around for 200 years, and they have quite a few milestones of their own.

So in celebration of all those successful stunts, scraped knees and epic crashes, below are 5 greatest milestones in biking history.

For all practical intents and purposes, this was the first thing to actually qualify as a bicycle. Invented by a German Baron named Karl von Drais in 1817.

It was a success, which saw some popularity in both Germany and France.

Later on this bike, which became known as the Draisine, shifted from its common use to versions that were designed specifically to be used on railroads (which meant 4 wheeled versions), however despite that, this bike was the beginning of cycling’s 200 year 2-wheeled reign. 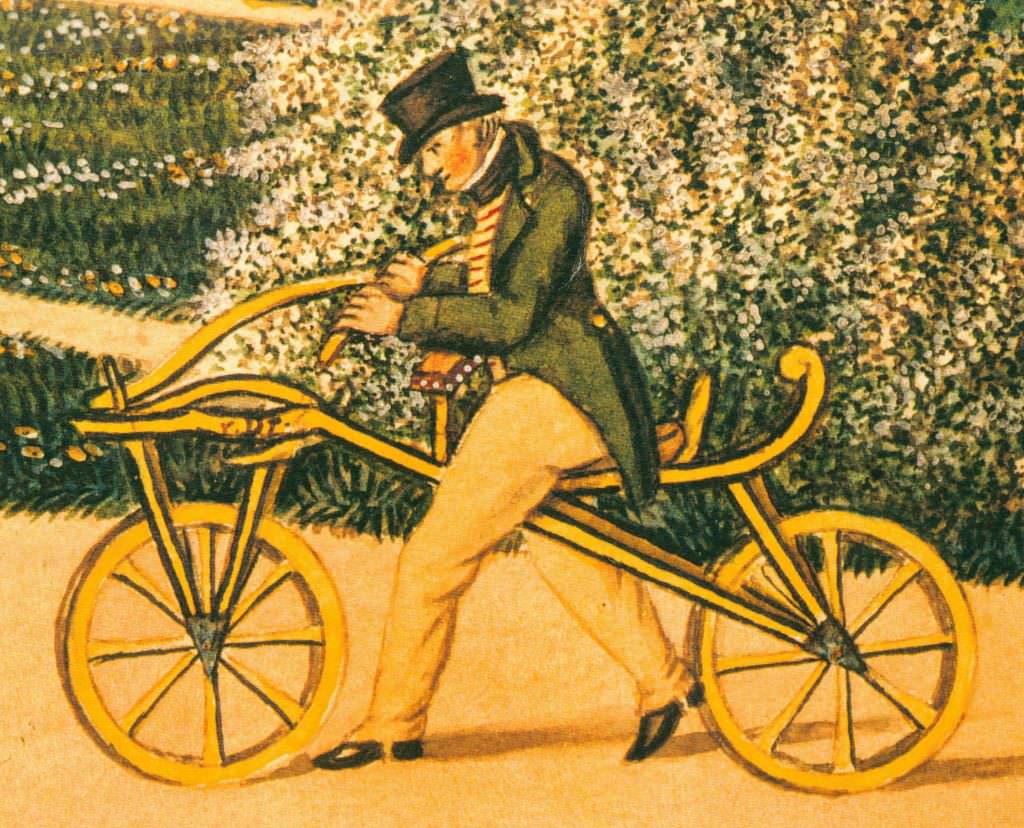 The Penny-Farthing, also known as the High Wheeler or the Ordinary, looks ridiculous by today’s standards, however when they were first released, they were all the rage.

These bikes are easily recognized by their enormous front wheel and tiny back wheel.

The Penny-Farthing is most likely the first bicycle to actually be referred to as such in its time period. That, combined with its relation to the birth of sports-cycling and its unique design make it an important cornerstone of cycling history.

The Penny-Farthing was popular for decades following its inception.

and In 1878 inventor William Henry James Grout created a portable version which could be easily assembled and disassembled as needed. 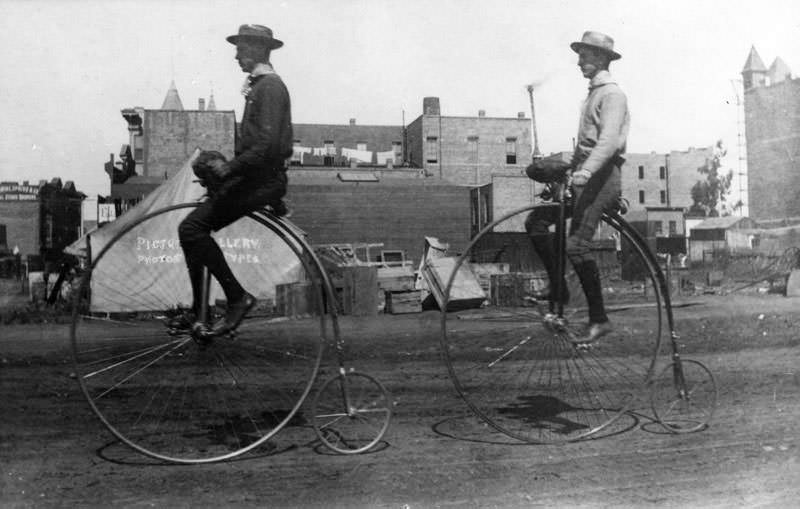 In 1968, they created the coolest looking children’s bike to date: the Raleigh Chopper.

This thing was like baby’s first motorcycle in design; a recumbent-style seat, a chopper motorcycle style handlebar, and a stylish frame. This was the must-have kids bike of the early 70’s.

The success of the Raleigh Chopper more or less saved the company from financial ruin, as it dominated sales.

Though it was criticized as being very unsafe (the bike itself was unstable and prone to crashing), it is remembered as one of the staples of 70’s culture.

With cycling for sport becoming more and more popular, it was obvious that mountain biking would become a thing sooner or later.

In 1970, Charlie Kelly and Gary Fisher came up with a bike built for hard-core terrain. It had heavy-duty wheels and a suspension system, allowing it to climb steep inclines, ride over logs, rocks, dirt roads and anything else you’ll find on a mountain.

To this day, mountain biking is popular as sport. It’s a fairly extreme sport, as mountain bikers are prone to crashing or wiping out in spectacularly painful ways, particularly for those who ride on more rugged terrain.

2021 Electronic mountain bikes and the future technology outlook
HAOQI's electric bikes are carefully designed to provide adults with a bike that better fits their body type.The ebikes for sale that you see on haoqiebike.com are easy to assemble, delivered with free USA ground shipping, and backed by a well trained customer support team who are regularly called “the best in the business”.
Share Share on Facebook Tweet Tweet on Twitter Pin it Pin on Pinterest
Back to News